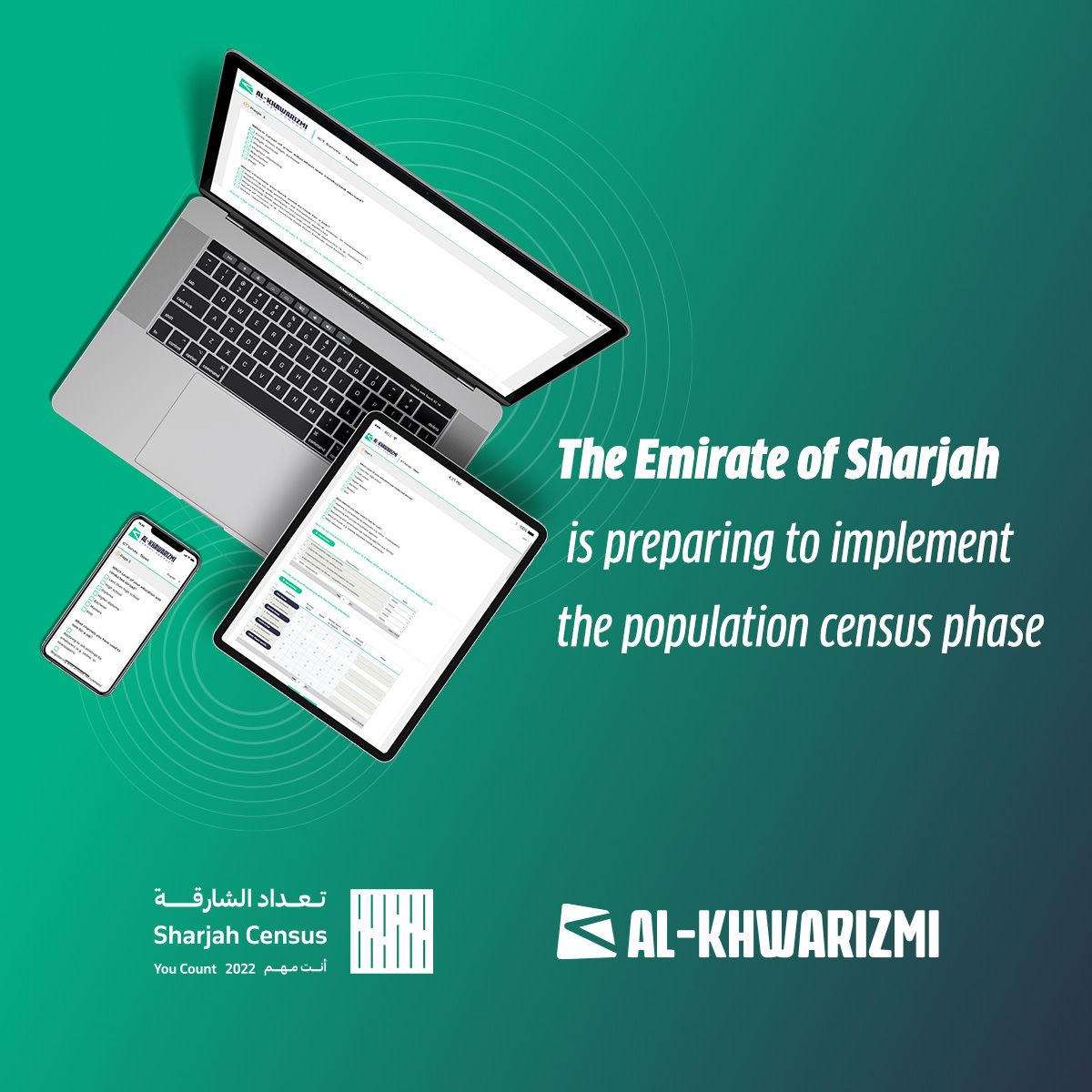 The Department of Statistics and Community Development (DSCD) has launched a promotional campaign to encourage citizens and residents to provide their data through the “Self-Counting Service” within the Sharjah Census 2022 Project. The online service is expected to be launched by the DSCD at the beginning of January next year.
The DSCD is currently completing the listing phase of the project, in which, 300 enumerators collect statistical data on buildings and establishments of all kinds and activities, in addition to limited data on households. This listing stage was launched on the twentieth of October 2022 and is expected to be completed on the twenty-fifth of November.
After completing the listing stage, DSCD will start the self-counting stage for households and individuals on the sixth of January all over the Emirate of Sharjah. The census data will be collected through an online electronic questionnaire in addition to the call center support services without the need for a visit to the households by the enumerator. However, the households that did not submit census responses will be counted by a specialized team of researchers on the eleventh of January next year, who will visit the households in their places of residence to complete the required data.

It is worth mentioning that the DSCD utilizes (Al-Khwarizmi Platform for Statistical Surveys) from RealSoft to automate the different activities of the census project, starting from designing self-counting survey forms, to census data dissemination and tabulation.
Al Khwarizmi supports census enumeration implementation through self-service, call center, and personal interviewing using smart table devices.